Testing event was successfully held at 6:30 pm for December 13th 2013 (Friday) in Luverne, MN at 113 1/2 East Main, Luverne, MN. The judges, students and audience did a fantastic job. It was a great day of testing!

Luverne Taekwondo Association hosted the event. It was a very well organized program. Black Belt judges were exceptional. Not only did they test students in form, sparring and techniques, but also their understanding of Taekwondo and the attributes that make them a better person. It was a delightful opportunity to see students showcase their talents and discipline. All students performed very well and got promoted.

Hundreds of photos and a few videos are available on Sioux Falls Taekwondo Photo Gallery on Picasaweb. Please feel free to check them out. The pictures are from the opening ceremony, group 1 white belt testing, group 2 white belt testing and a few of higher belts testing. Movies will not play on mobile devices. Please play Movies from a desktop or laptop computer. If you have Windows 8 or Windows 8.1, please download Google Chrome browser and use it to go to the photo gallery.

Make sure to congratulate them on their great performance! 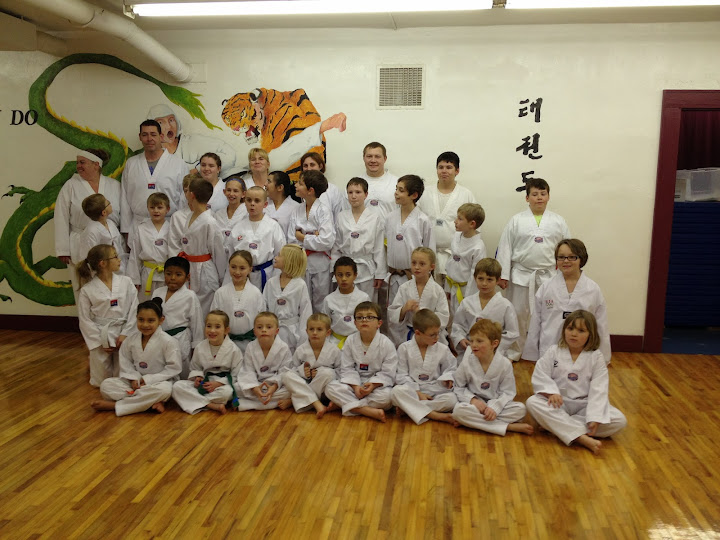 Single middle punch
Front row from right side closest to the wall: Dylan, Aidan and Connor
Back row right side: Ashlynn 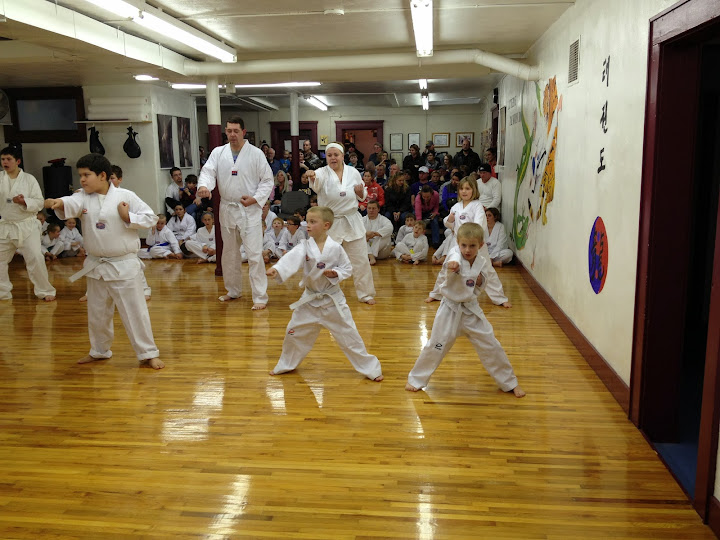 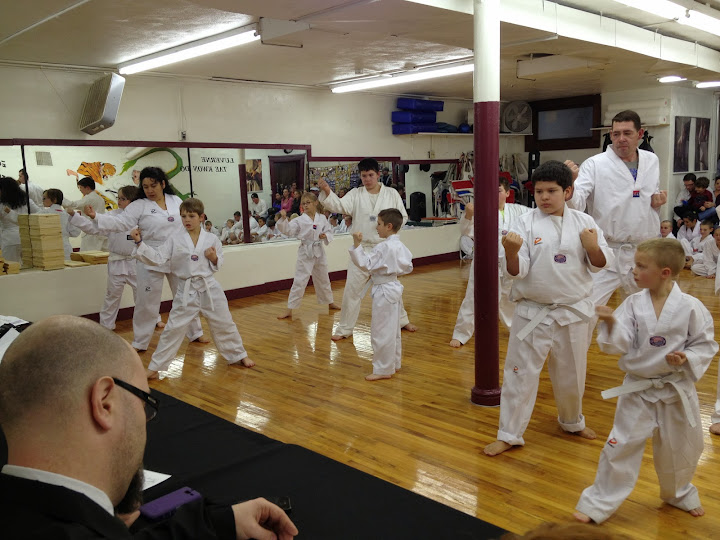 Getting ready for front snap kick
Front row from right side closet to the wall: Dylan, Aidan, Connor and Landen 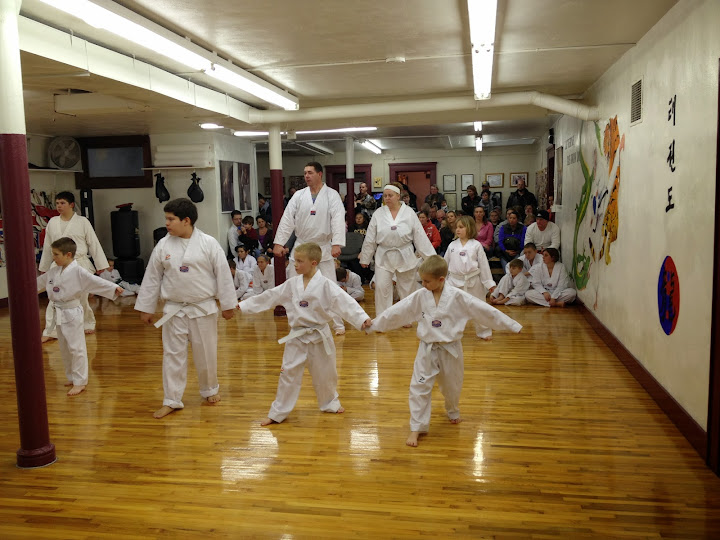 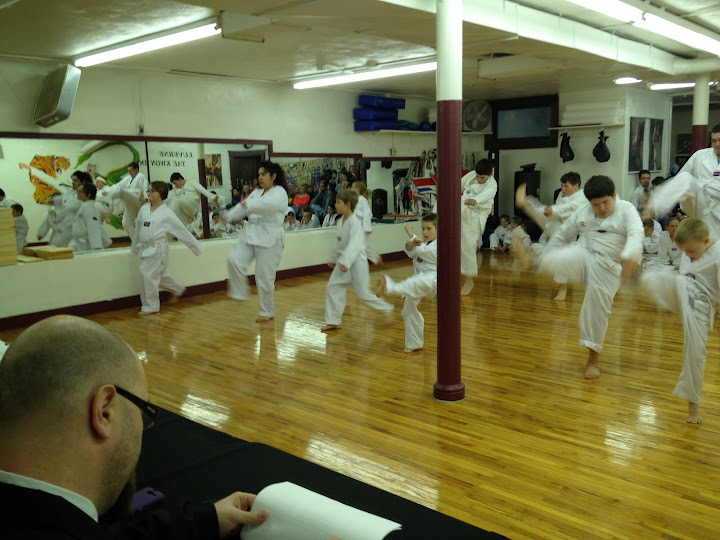 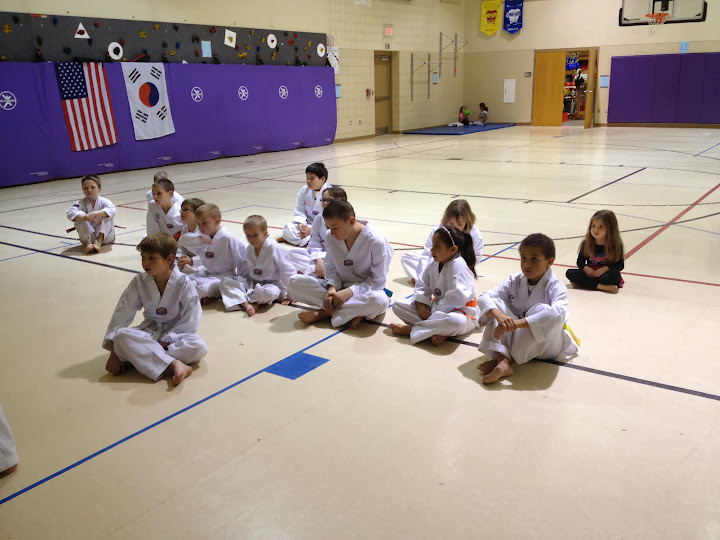 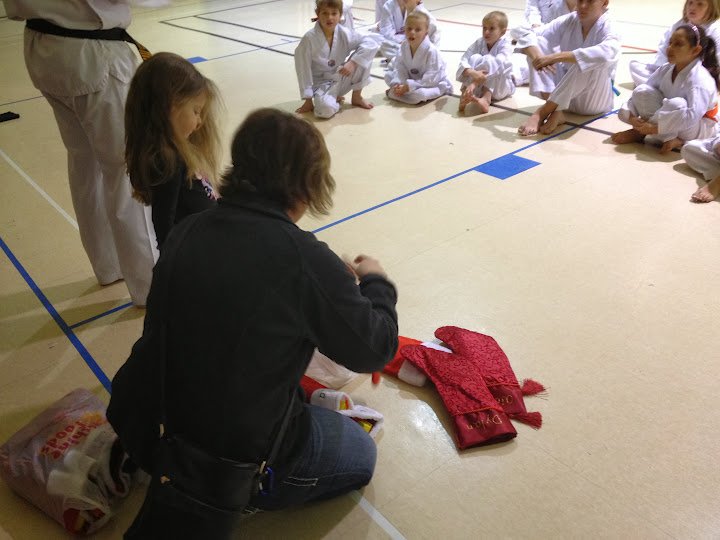 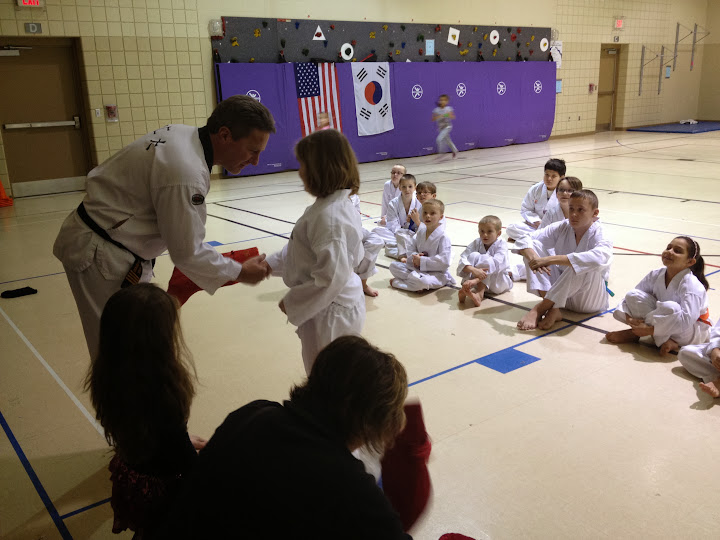 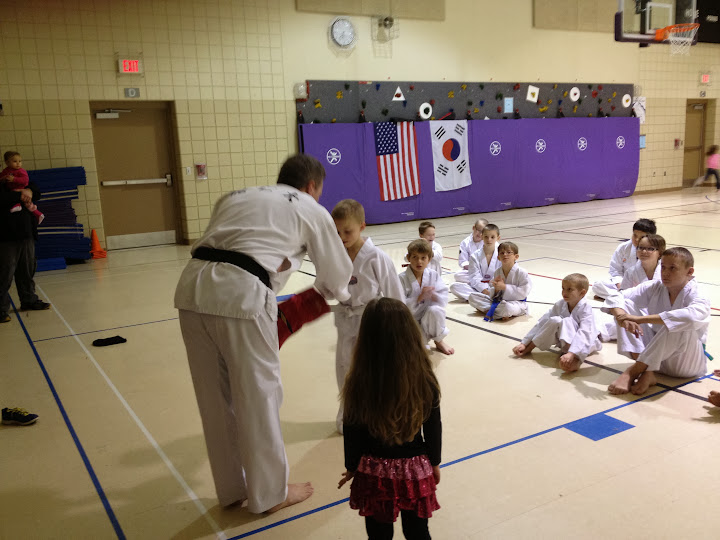 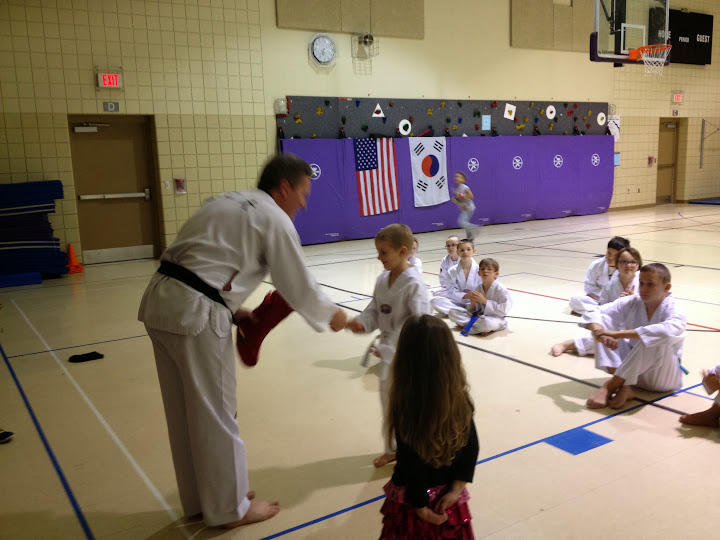 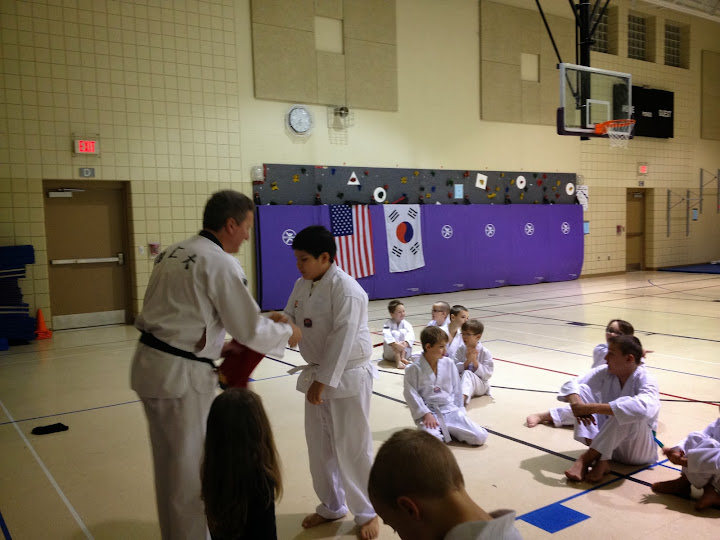 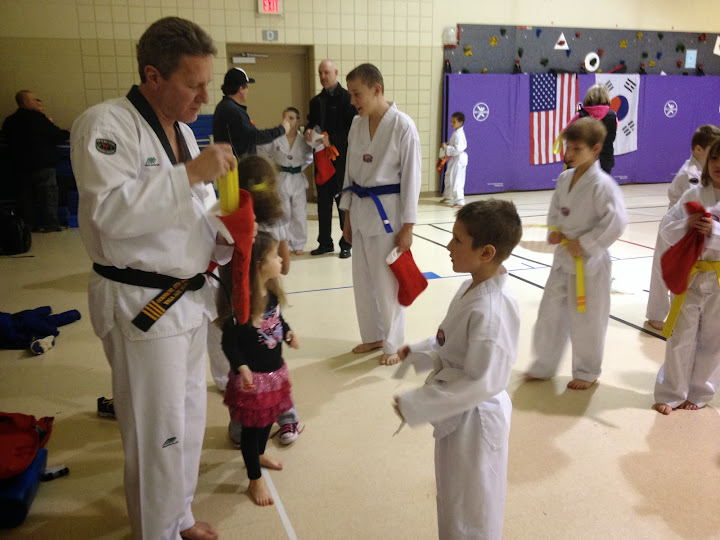 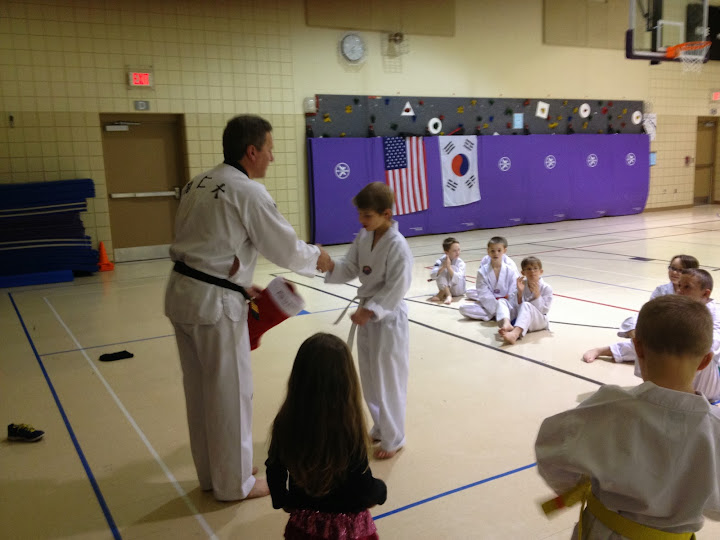 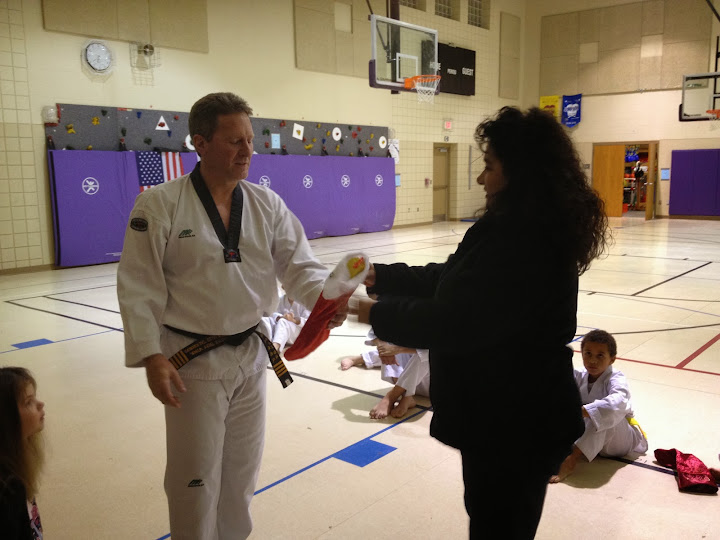 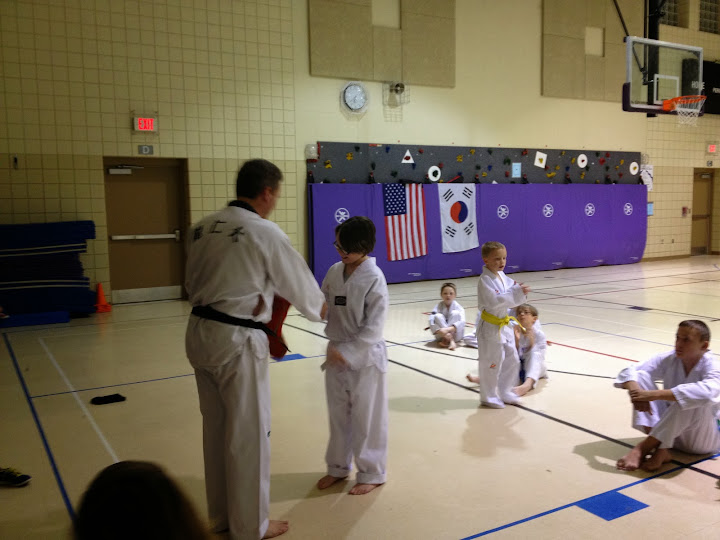 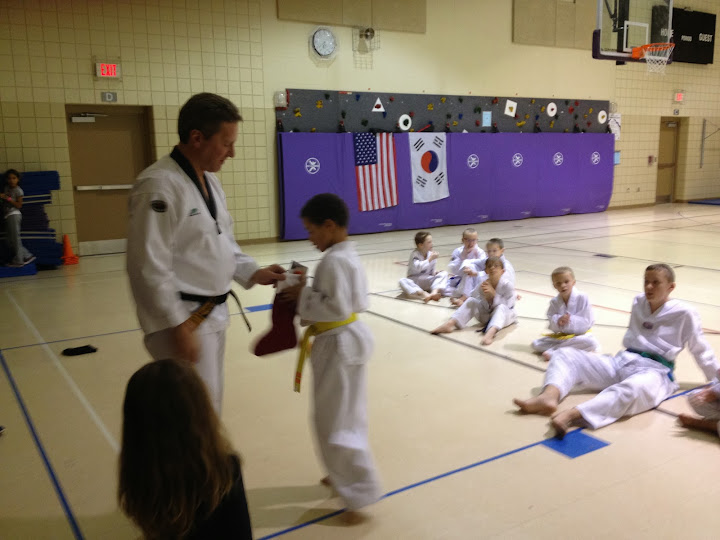 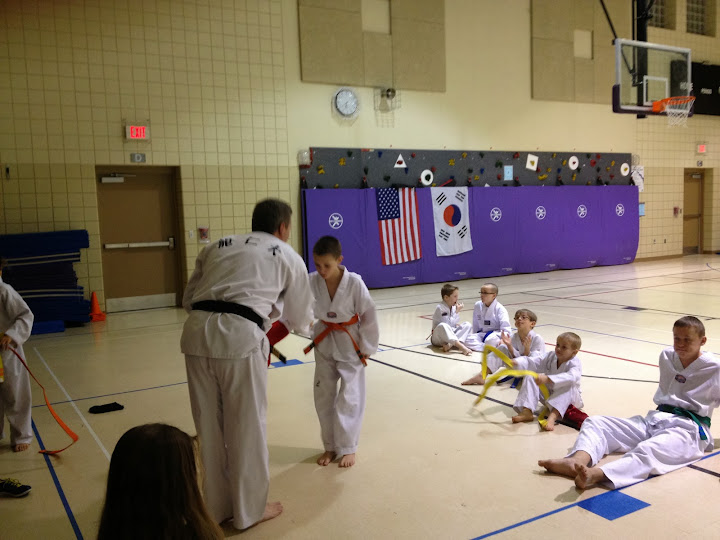 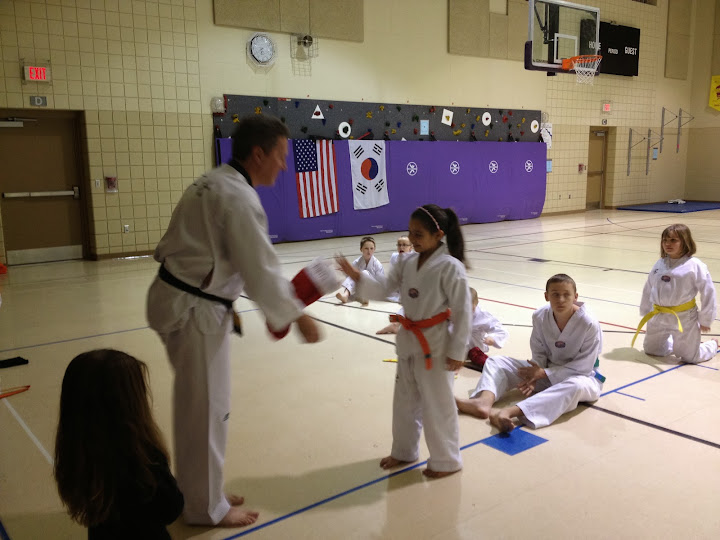 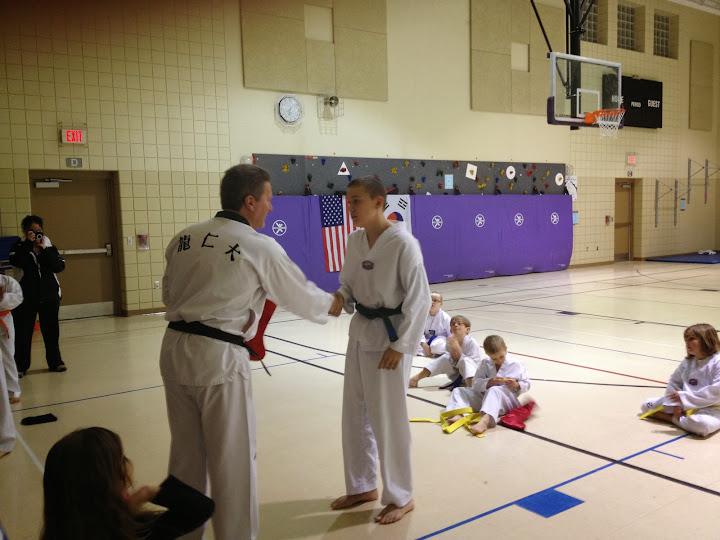 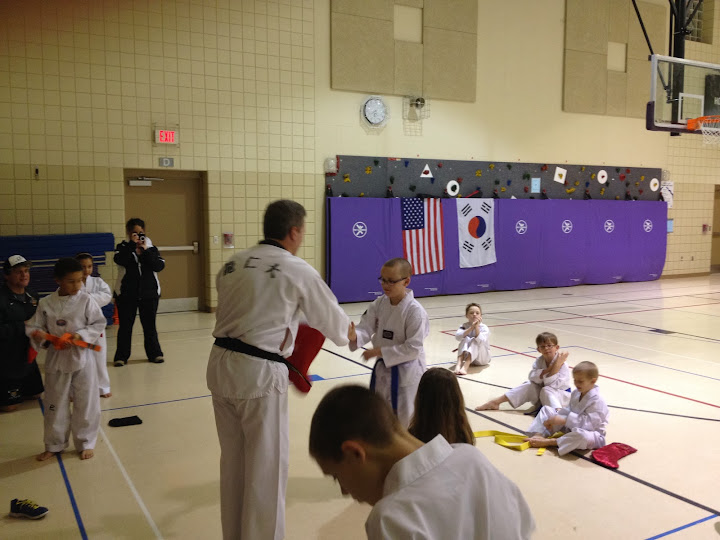 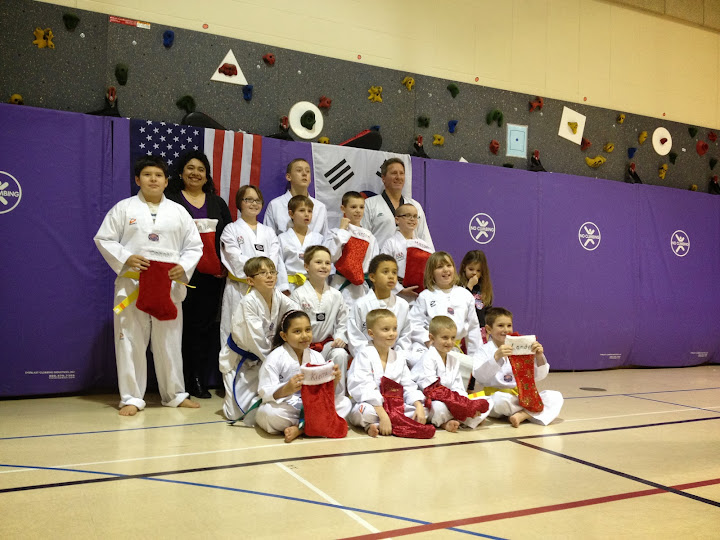 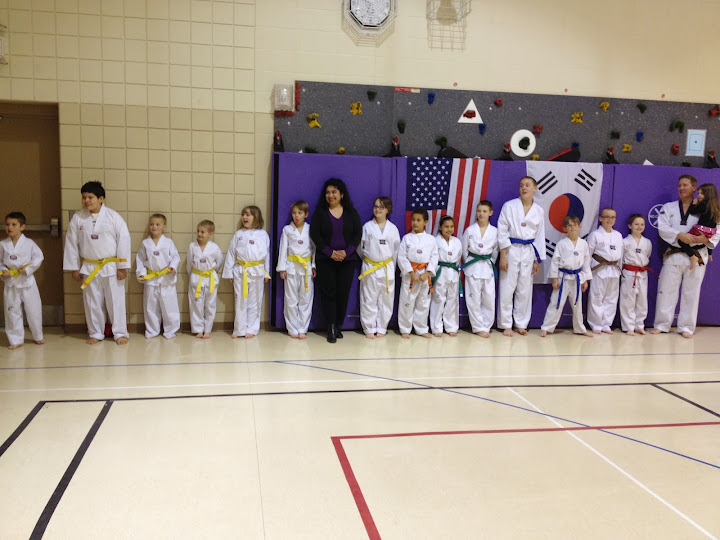 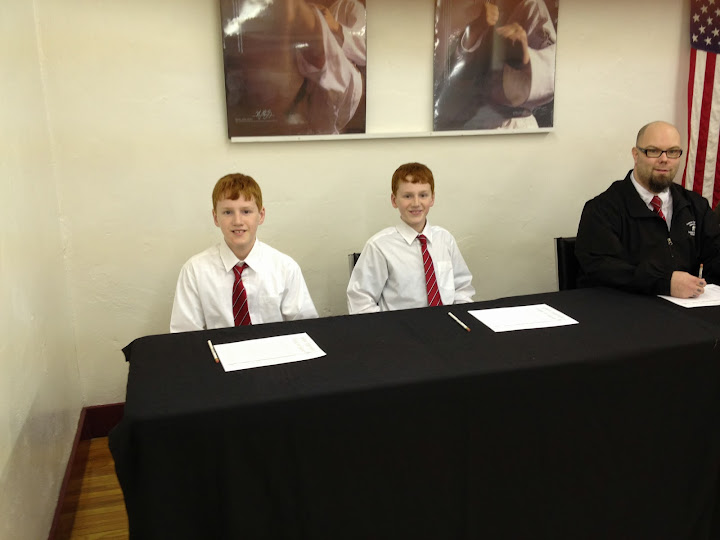 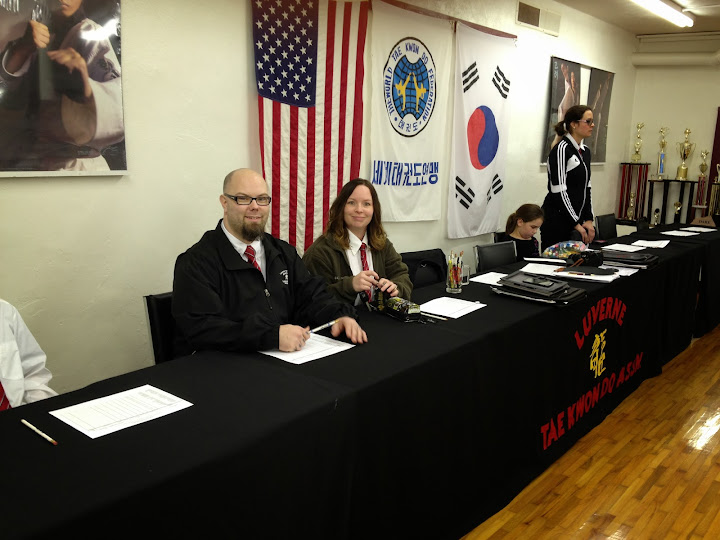 The black belt judges want to see your accomplished Taekwondo skills. As you progress in rank, you will be held responsible for all techniques learned as a lower belt. Also, you will be required to demonstrate speed, power and control. Remember, the martial arts are not purely physical, but incorporate your vast mental capabilities: confidence, discipline and respect. Testing should not make you nervous. Instead, think of it as nothing more than just another intensive workout. Be calm and relaxed.